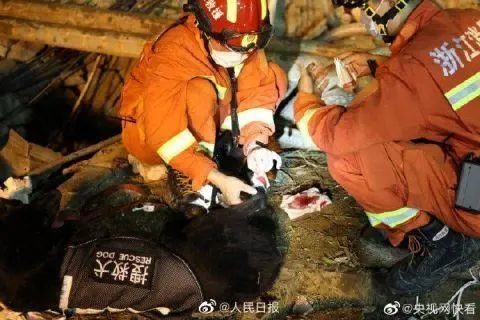 Nineteen people died and more than 170 were injured in the eastern Chinese province of Zhejiang on Saturday after a truck carrying liquefied gas exploded on a highway.

Videos of the accident, near the city of Wenling around 4 in the afternoon, showed a large explosion that appeared to send the chassis of the truck careening into nearby buildings. Other footage picked up by Chinese state news outlets showed charred facades of nearby buildings with windows blown out by the shock wave, and flaming wreckage sending up thick black plumes into the sky.

Chinese state news outlets said rescue workers were searching for people trapped in the residential and factory buildings, some of which had collapsed. The truck was carrying gas between two cities on China’s east coast, Ningbo and Wenzhou, and was exiting a highway when the accident occurred, according to the state-run Zhejiang News. The accident shut down traffic on the highway going both ways. Other videos showed cars nearby on fire. 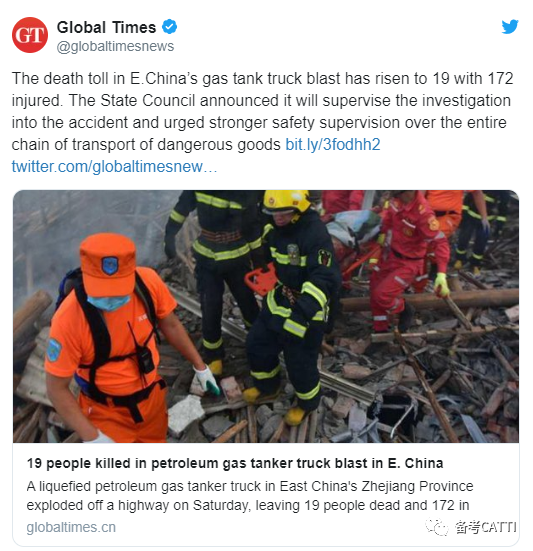 A local official said the cause of the crash and explosion was being investigated. More than 100 rescue personnel and 34 fire trucks had been called to the scene.